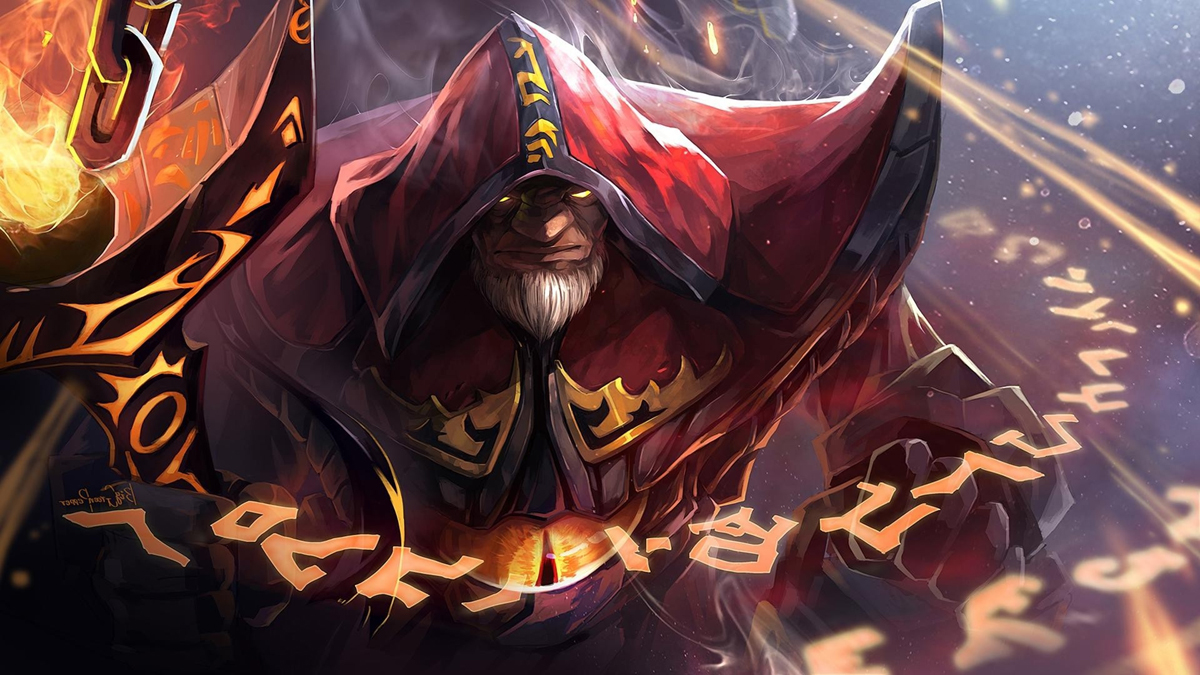 Warlock has has been making a resurrection in the game thanks to the buffs from Dota 2 patch 7.29, but his evolution has taken a different path this meta.

The beauty of Dota 2 patches is that they keep the game fresh and keep recycling the good and bad heroes. There are extended periods though, when certain heroes get ignored for long periods of time, and Warlock has been one of them. Warlock isn’t a hero who has been seen a lot in the last few Dota 2 patches before patch 7.29. The last time he was popular was patch 7.22, which was the patch on which TI9 was played in August 2019 (around 20 months ago, or so). But patch 7.29 has brought back the demon summoner, but he isn’t the Warlock we knew in the past.

In the past, Warlock has always been looked at as the team fight hero with strong ultimate, who can also link together enemies and take additional damage because of each other. Team fights were based around Chaotic Offering and Warlock was one of the supports on whom Aghanim’s Scepter was prioritized, because it brought in a second Golem through Chaotic Offering. But the Warlock that has evolved with the 7.29 meta is more an angel than a demon. Why, you ask? Because the hero can now be looked at as a top tier healer thanks to the changes from patch 7.29. Let’s take a look at what Warlock’s changes were.

The most impactful change for Warlock was the fact the Shadow Word AoE talent was moved to his Aghanim’s Shard. Instead of waiting for level 20, Warlock only has to wait till minute 20 to get the AoE Shadow Word. For a support, getting to level 20 isn’t the quickest of tasks     , by which time, there is a high probability that the talent won’t have too high an impact. Also in case of Warlock, getting the talent would mean he would have to  forgo the Golem on Death talent at level 20. Moving it to the Shard not only means he can get it a lot earlier, but it also means he can have both weapons in his arsenal if the game requires it. If a player decides to go all in on Shadow Word, there are two talents at level 15 and level 20 that decrease the cooldown and increase the heal/damage respectively.

The common item build for Warlock in the new meta is going for the Holy Locket as the first item. The item gives increased HP and mana, but most importantly, a 35% amplification on heals. That takes the Shadow Word heal from 540 to 729 on a 14 second cooldown (9 seconds with the talent) and oh, it has a 450 AoE! The Holy Locket can be finished around the 17-18 minute mark, after which Warlock      can start saving for the Aghanim’s Shard. Looking at the average heal done by Warlock in professional games, the number has more than doubled in patch 7.29 (only picked in one game during patch 7.24, which is why the number is high for that patch). 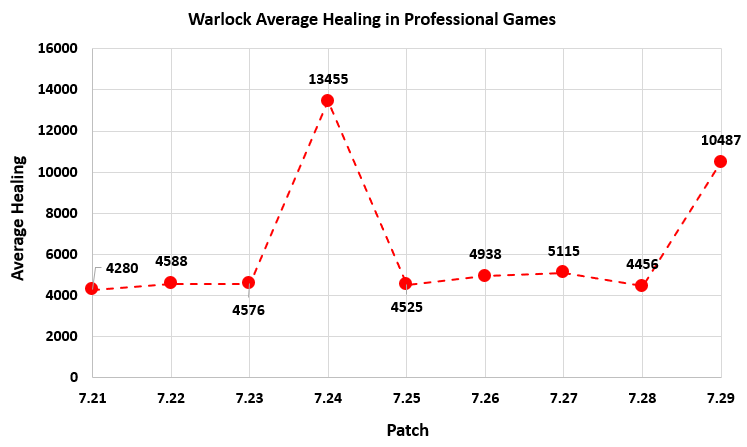 In a recent game between Team Liquid and Nigma in the Upper Division of the EU DPC League Season 2, Team Liquid’s Ayodin “Insania” Sarokhi had a total healing of over 30,000 in a 45 minute game!

The AoE Shadow Word is not only a great tool to fight with, but it also is one of the best support skills to keep lanes pushed out. It heals your creeps and takes down enemy creeps, which is literally the best case scenario in lane shoving. Another small change with a big impact potential is the level 16 talent Warlock got which adds 40 DPS to Upheaval. Upheaval is a 1200 cast range skill with a 650 radius, so with the help of that talent, Warlock can preemptively channel Upheaval in locations where heroes like Earthshaker and Sand King are bound to hide and cancel their blinks, making them crawl in the process.

In the first three weeks of Season 2 of the DPC Leagues, Warlock was picked in 52 games, recording a win rate of 57.69% win rate (30 wins).  It is a bit of a surprise though, on how those picks are concentrated. North America and Europe have 39 of the 52 picks, with the other four regions just sharing the remaining 13 picks. As the meta develops further and teams discover the strengths and weaknesses of heroes in more depth, it will be interesting to see if the Warlock is adopted by the other regions as a regular pick or if only NA and EU teams will have him as a hero to turn to at the second DPC Major of the year.

Will Warlock be a prominent hero at the second DPC Major of the year?