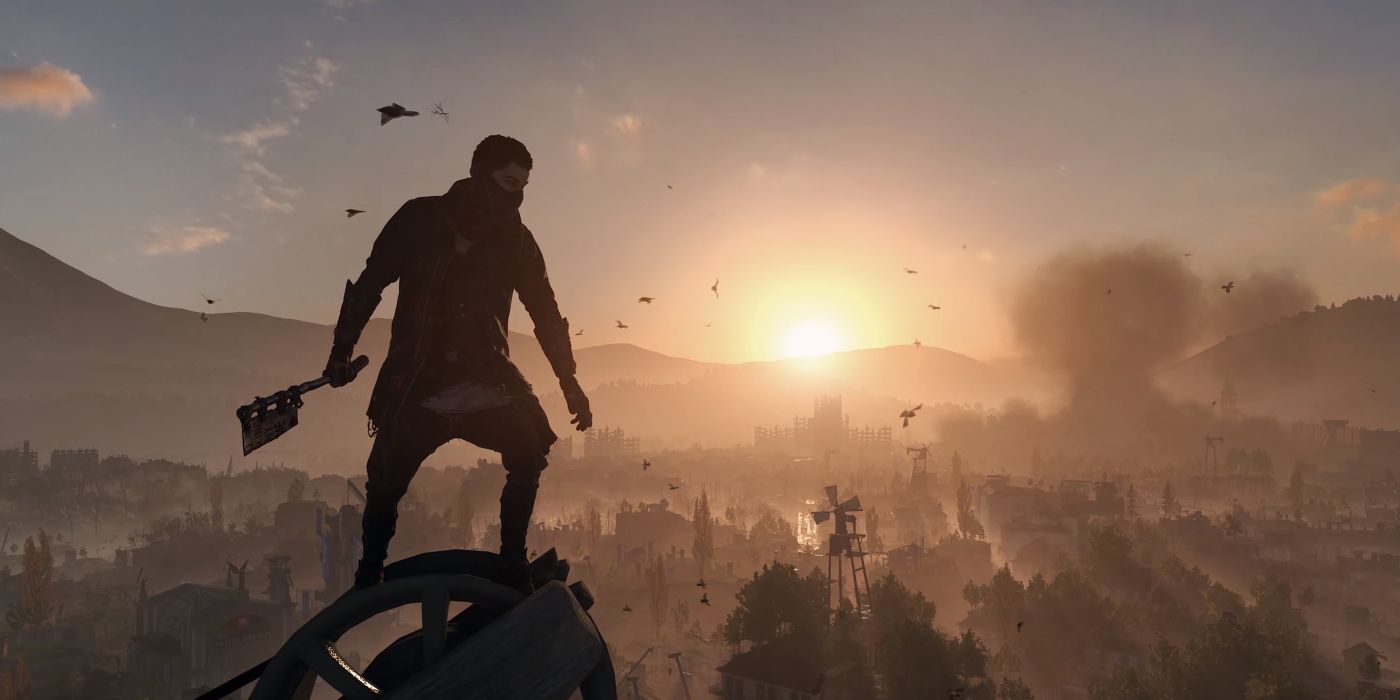 Following Techland’s tease on Tuesday, Dying Light 2 held a lengthy broadcast earlier today, revealing tons of new details about the upcoming sequel’s world, characters, and narrative. However, the centerpiece of the showcase was a new gameplay trailer and the announcement of a release date, with the follow-up officially slated to launch on December 7 for PC, PS4, PS5, Xbox One, and Xbox Series X.

As for the new footage, it showed off combat, enemy types, factions, choices, and plenty of other mechanics Techland has previously discussed in the build-up to the sequel’s release, while also offering another look at the striking environments that make up Dying Light 2’s central setting. The entire clip clocks in at just under eight minutes and provides a broad look at the game, segmenting it into its most important aspects.

The first of these to get a spotlight is the game’s story, with the trailer introducing protagonist Aiden Caldwell and beginning to flesh out his motives. It reveals that Caldwell is attempting to “unravel a tangled mystery from his past,” seeing him arrive at The City in search of answers and being met with its blood-thirsty undead occupants and warring factions. Meeting and allying with these various groups will be a big part of the game, with the lineup including the militaristic, law-and-order focused Peacekeepers, a band of ex-convicts known as the Renegades, and a group of veteran survivors known as the Nightrunners.

Players can assist these groups or make enemies of them, with their allegiances determining the fate (and appearance) of the city. They’ll also have to tangle with less friendly groups, such as bandits, outlaws, and thugs. The trailer makes plenty clear that the game’s parkour-infused combat will continue to be a huge part of Dying Light 2, as players can deal with these human enemies with hard-hitting, blunt force weapons, agile hand to hand combat, or nimble blades, which can cut off limbs or send opponents flying from rooftops. It seems stealth will also factor into the title, with one section showing Aiden climb up a building and throw an unaware bandit to his death.

Of course, players will also have to tangle with zombies. As fans of the last game will no doubt know, night is when the undead are at their most dangerous, with the trailer teasing that new, evolved zombie types will emerge once the sun goes down. However, it seems players will be able to better use this to their advantage in the sequel, with the infected leaving their nests and allowing players to scout the areas for resources and upgrades. They can also use it to ward off human enemies, who will hide from the undead when night falls. The sequel is shaping up to an interesting expansion on the ideas of the first game, and one of the bigger titles slated for this year.

Red Dead Redemption 2 Screenshot Shows Uncle Working, and No One Believes It