How the rank system works in Valorant 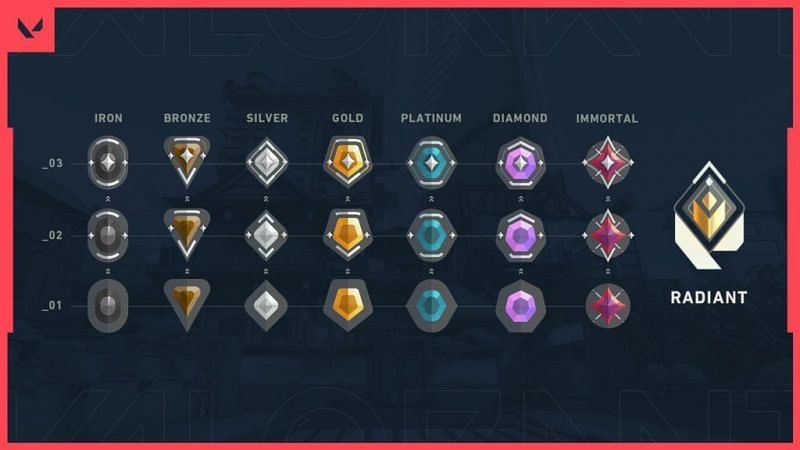 Since coming out of the closed beta phase in June 2020, Valorant has brought a new fire to the FPS genre with its competitive mode.

Aiming for the esports scenario, Riot came up with the best possible competitive mode that could help Valorant establish its name on the esports roadmap. A number of well-thought updates and changes to the rank system have brought Valorant to its pinnacle.

For multiplayer shooting games, competitive mode has always been the ground on which the best of the best fight out there to emerge victorious.

With a tiered ranked system that rewards the worthy, Riot has brought out the best in the players and their teammates.

The competitive mode in Valorant is the most famous game mode, however, not all the players in the game understand how the rank system works in Valorant.

Here’s everything to know about the Valorant rank system.

Requirements for ranked in Valorant

In the initial phase, when Valorant was officially released on June 2, 2020, the minimum requirement to start matchmaking in the newly released competitive mode was to just play 20 unrated games. Just playing 20 casual games without the thought of winning or losing made it easier for smurfs to flood into the lower part of the ranks. Quickly afterwards, in order to tackle the smurfing issue at hand, Riot made the minimum requirement to be 10 unrated victories.

Once a player has acquired 10 victories, they can hop into competitive mode where one has to play 5 matches that will determine which rank they belong to.

The system takes into consideration all the aspects such as performance in those individual games, fragging skills, score, as well as whether the game ended with a victory or loss. The hidden rank rating from the previous 10 unrated victories also has a large part to play in determining the player’s rank.

The different ranks in this game in ascending order are- 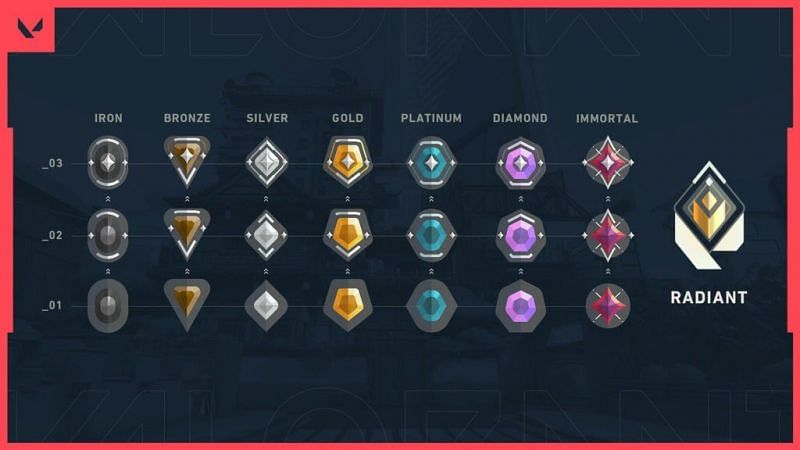 MMR system that attaches a score to a player based on their performances that adjusts over time.

Players must consistently win at their current skill level to increase MMR. MMR does not always correlate with rank, but players can track their progress with the Ranked Rating system.

Even if the player can’t see the MMR attached to their name, they are always matched up in a game, where the average MMR is the same as the player’s establishing balance in matchmaking.

If for some rare case, a player rank surpasses their MMR, then the system will try its best to send the player back to their intended rank.

Ranked Ratings based on Performance

Previously in Valorant, the only way to understand progress was to look at the up or down arrow beside their rank after each game. But in Episode Two: Act One update, Riot introduced a new Ranked Rating system to the game which, helps the player understand exactly where they stand in terms of progress.

Based on performance and wins, a player is allotted RR points after each competitive game. Each tier requires 100 RR points for the player to be promoted or demoted to the lower rank. Getting demoted puts the player in below 80 RR of the lower rank, while promotion puts them at 10 RR in the higher one.

Even though there is no notion of rank decay in Valorant, a player has to play a placement game to get back their rank if they went dormant for too long. Based on the performance in the game, performance RR is calculated, and the player is given a rank, either similar to the one they lost due to being away or somewhere close to the rank.

Every new act introduced to the game resets the rank of a player, which again requires the player to play one placement competitive match of Valorant. However, newer players who have never calibrated their rank before must complete the requirements and play the 5 placement matches to get their rank revealed.

SoOn retires from Overwatch, moving on to VALORANT

Valorant’s latest patch brings some massive changes to the Split