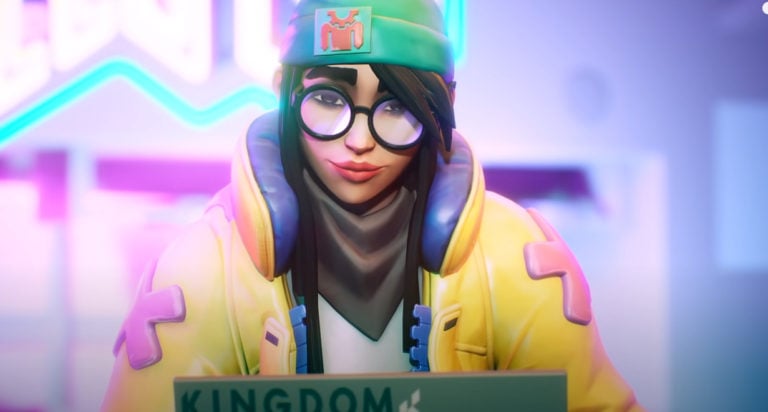 Across all of these accounts, Killjoy has taken over the profile name, the avatar, and the profile banner, and has also changed the profile description. It now reads: “Tactics beat firepower. Don’t overthink it, that’s my job! My genius doesn’t stop in the lab!” Killjoy has also shared a selfie of her at a concert.

Given Killjoy’s technological expertise, she’s the agent most likely to be able to pull off a takeover like this. In VALORANT lore, a mirrored version of her is believed to be the inventor of the explosive Spike device, although this Twitter takeover is far less nefarious.

As to what the actual “hacking” means for VALORANT, we can only speculate at this time. VALORANT lore expert Cynprel believes that this ties into the missing “Agent 8” and is part of the lead-up to the new agent teased on Breeze. For those unaware, each agent that’s been released has a number attached to them, but these numbers have skipped eight even as new agents have been added.

My Agent 8 Theory grows stronger with this KJ account takeover.

We can only wait and see what Killjoy does with the VALORANT social accounts to find out what’s happening next.