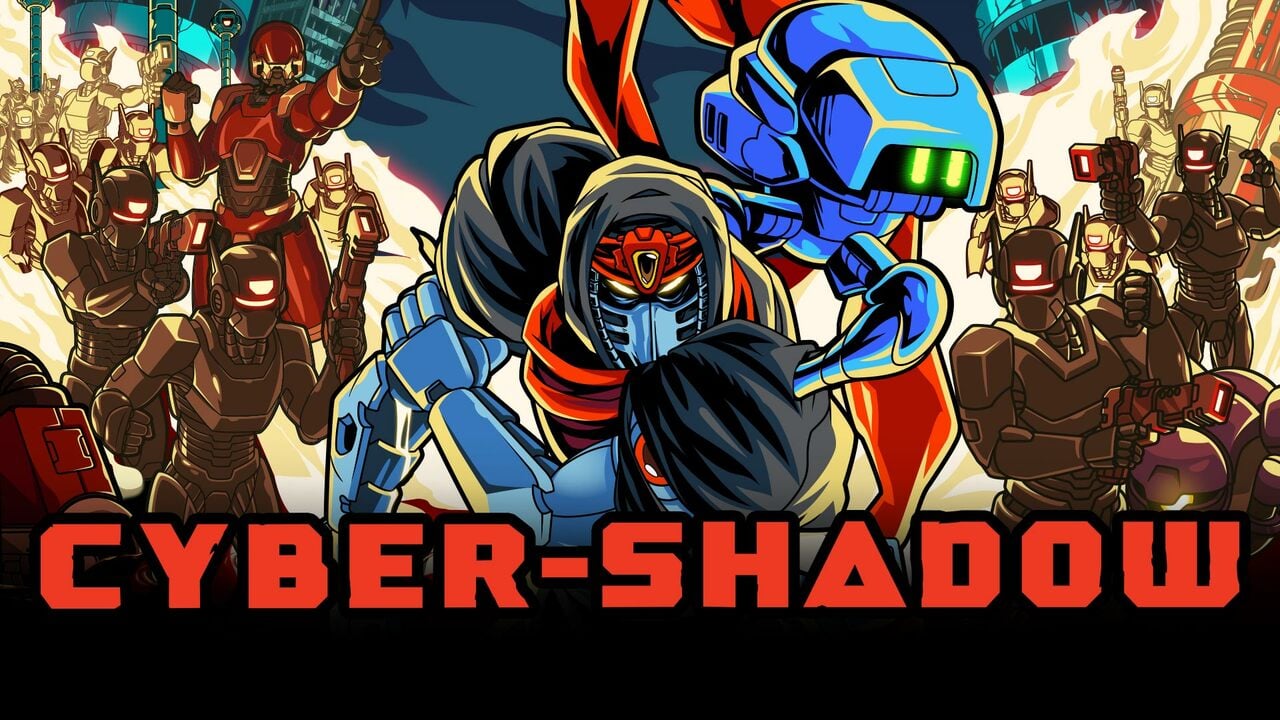 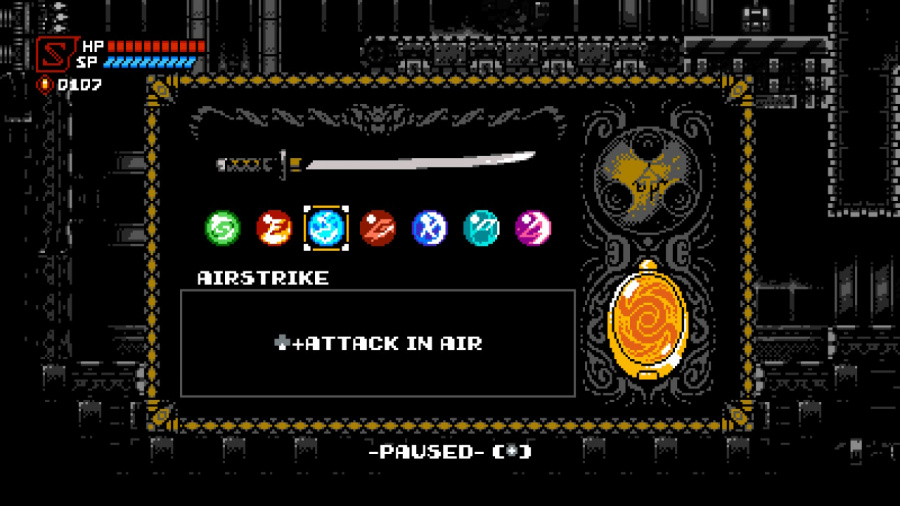 Nearly seven years ago, the world was first introduced to Shovel Knight, a passion project that aimed to emulate some of the most legendary game releases of the 8-bit era. Since then, Yacht Club Games has gone on to extensively expand on the base Shovel Knight game, and now the studio has begun to look to the future to its next big challenge. In the meantime, it’s also begun to dip its toes into becoming a publisher, and its first project on this front is the seminal Cyber Shadow.

Produced by Mechanical Head Studios – which consists of sole developer Aarne Hunziker – Cyber Shadow is a thrilling and enjoyable callback to the best action the 8-bit era had to offer. Through its punishing difficulty, cyberpunk aesthetic and tight platforming, Cyber Shadow thoroughly establishes itself as one of the best old-school retro platformers out there.

The story sees you assuming the role of a ninja named Shadow, who stands as the last surviving member of an ancient order of ninjas. Shadow is awoken in a bizarre and darkly technological setting and is tasked with piecing together what happened to his kin and how he can stop the grand threat that saw the fall of his clan and the world it existed in. Though the story is fittingly sparse (this is an 8-bit action platformer, after all) it’s rather striking how well it manages to set an effectively heavy tone as transhumanistic themes are explored over the ten-ish hour campaign. It’s not a story that’ll win any major awards, but this is also a narrative that has a little more depth to it than you may expect from a relatively simplistic game.

From a gameplay perspective, Cyber Shadow draws most strongly from the classic trilogy of Ninja Gaiden games, as you’re tasked with going from level-to-level in a linear fashion while cutting down anything that gets in your way. Shadow has a trusty katana that dispatches most enemies in only a couple hits, and he must make use of his well-honed agility to dodge and jump his way through extensive gauntlets of cruelly-arranged obstacles. Cyber Shadow is the sort of game that proves to be ridiculously simple on the surface – you merely have to run, jump, and slice your way through every level – but the intensity of the level design and the continuous introduction of new obstacles and enemy types keeps the experience from growing stale.

In addition to your katana, Shadow has a variety of limited-use power-ups and secondary tools that can help give him the edge in combat. For example, destroying a collapsible wall may yield you a power-up that fires an energy blast every time you swing your sword. Such power-ups can have an enormous effect on your chances of survival, but they are limited in how long they stick around. If you get hit three times while holding one of these items, it gets destroyed and you’re likely not going to find another one before you next die.

In addition to this, progressing through the levels sees you gradually expanding Shadow’s core set of abilities with new tools and moves. For example, you receive the ability to toss shuriken early on, which can be a godsend when you’re trying to get through an area where you don’t want to get too close to enemies. These new abilities and weapon types are introduced at a consistent clip, and while they prove to be intensely helpful, all of them cost you precious SP to use. This can be refilled relatively easily via enemy drops, but you’ll never have as much SP as you want, which forces you to be careful in how much you rely on these extra abilities. Between these additional skills and the temporary power-ups, Cyber Shadow proves to have a nice and flexible combat system, one in which you’re always sure to have some extra aces up your sleeve, but never enough that they break the overall difficulty.

And what a difficulty it is! Typical of the era being emulated, Cyber Shadow doesn’t bother pulling its punches at all when it comes to challenging the player. Death spikes, bottomless pits and inconvenient enemy placement are the norm here, and you’re all but guaranteed to fail a run of a new level on your first try. The key thing here, however, is that the level designs never feel cheap. What’s here is always manageable and fair; it’s just that the margins for error are kept quite slim. Learning new enemy patterns and level gimmicks takes time, and the lessons you need to learn will be beaten into you over your repeated failed attempts.

A lot of the sting of the difficulty is mitigated by the use of smartly-placed checkpoints, which also employ an interesting risk/reward system. Each checkpoint usually refills your health, but if you’re willing to stump up the cash, they can also refill your SP and give you one of those temporary power-ups. These extra boons aren’t cheap, however, so you’re effectively asked to bet on your confidence in your own skill. If you keep getting kicked back to the checkpoint, it might be worth it to spend the money and even the odds a bit, but then you might not have enough to spend on the next checkpoint, which could be right before the boss. This kind of ongoing mind game proves to be a nice accessory to the overall experience, as you have the (limited) power to effectively lower the difficulty for each leg of a level, as you see fit.

Another aspect that keeps each level so engaging is the way in which unique enemies and obstacles are introduced at a constant rate. For example, one level may be centred around navigating floating platforms in water, while another is all about outrunning an ever-encroaching wall of death. New elements like this are introduced at an expertly-judged pace, with additional challenges showing up right around the time that old ones have begun to outstay their welcome. Through this, Cyber Shadow is always reinventing and refreshing itself, maintaining a gripping pace that’ll keep you wanting more. It’s very similar to the approach Nintendo takes with its own titles, in fact.

In addition to this, each stage is designed to be explored to a minimal degree. There’s nothing here approaching Messenger-level Metroidvania design, but you are nonetheless encouraged to re-run earlier levels once you’ve acquired new abilities. Every stage has a few extra side areas that host particularly difficult platforming or combat gauntlets, and if you can overcome these, you’re then rewarded with boosts to your max HP or SP counts. This exploration never gets in the way of the focused, linear nature of Cyber Shadow; instead, it offers a nice bit of extra value for those who want to see and do everything they can.

From a graphical perspective, Cyber Shadow certainly doesn’t disappoint, as it offers up a suitably faithful and thorough rendition of 8-bit action. Of course, retro visual styling can prove tiresome with how frequently it’s used these days, but it’s all too rare that new releases adhere this strictly to the limitations and colour palettes of the original NES hardware. The visuals are further bolstered by a dark sort of moodiness that’s evoked by the hefty usage of shadows, which greatly helps in giving Cyber Shadow its own visual identity. All of this is backed by a similarly heavy soundtrack composed by Enrique Martin and Jake Kaufman, which really helps to sell the techy, oppressive atmosphere that the visuals further evoke.

If there’s any complaint to be made against Cyber Shadow, it’s that there isn’t nearly enough of it. As mentioned above, this is a journey that shouldn’t take you much longer than ten hours to see through to its completion, and that’s if you really take your time exploring. Still, ten hours is just about the right length for those who want a concise and complete game that doesn’t demand dozens of hours to see in its entirety, and you know you’ve got something special when the worst part of the experience is that you simply want more. Even this issue is somewhat mitigated by the return of Feats from Shovel Knight, which act as an in-game achievement system that can challenge you to approach the experience in new ways on subsequent playthroughs.

If you consider yourself a fan of retro action platformers, you owe it to yourself to pick up Cyber Shadow whenever possible. It’s clear in virtually every facet of Cyber Shadow’s design that this project was a labour of love and that its designer is intimately familiar with what makes the stalwarts of this beloved genre so great. Well-built levels, authentic presentation, tight controls and a high difficulty all combine to make this a supreme and focused experience, and one that we can easily say is well worth your time. Mechanical Head Studios has set a high bar with its inaugural debut, and we can’t wait to see more from this developer.

How the Darkside Detective Honors Its Point-and-Click Legacy

Why Hood: Outlaws & Legends Is PvPvE