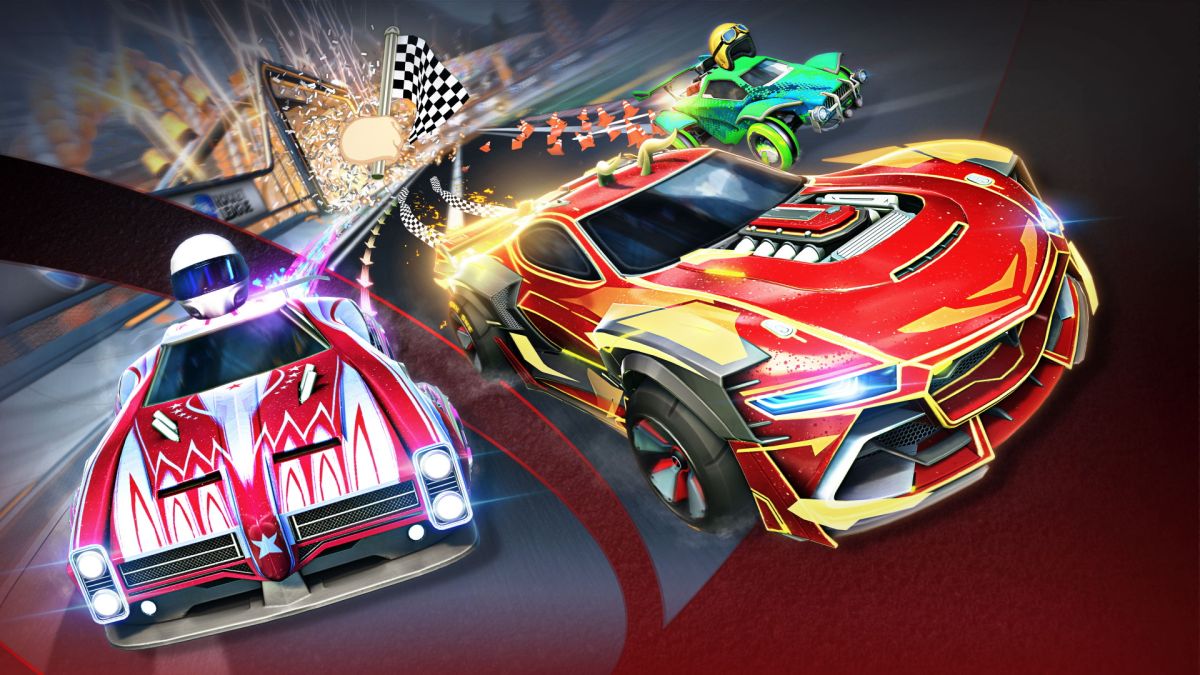 The Rocket League Season 3 Rocket Pass is full to bursting with racing-inspired gear, and Psyonix is giving fans an early look at its contents.

As Psyonix confirmed last week, Rocket League Season 3 is set to begin on April 7, 2021. While Rocket League has always sorta been about racing with all the fast cars, this season is really about racing, complete with collaborations with both NASCAR and Formula 1. The new Rocket Pass car, the Tyranno, reflects those racing roots while giving a new look to the existing Dominus hitbox.

On top of unlocking new customization options for the Tyranno, you’ll be able to earn extra cosmetic gear including a goal explosion which sends out a giant disembodied hand to wave a checkered flag for your moment of triumph, a bunch of new triumph items, and more across the pass’ 70 standard tiers. Psyonix is also changing how the Pro Rewards beyond level 70 work, letting you see what rewards you’ll be able to earn up to 30 ranks ahead of time.

Even if you stick with the free version of the Rocket Pass, you’ll still be able to unlock some new goodies, including the Mechwing Decal, Roskilde Wheels, and ye olden Jester Topper.

Find even more to play even if you don’t have cash to spare in our guide to the best free games.