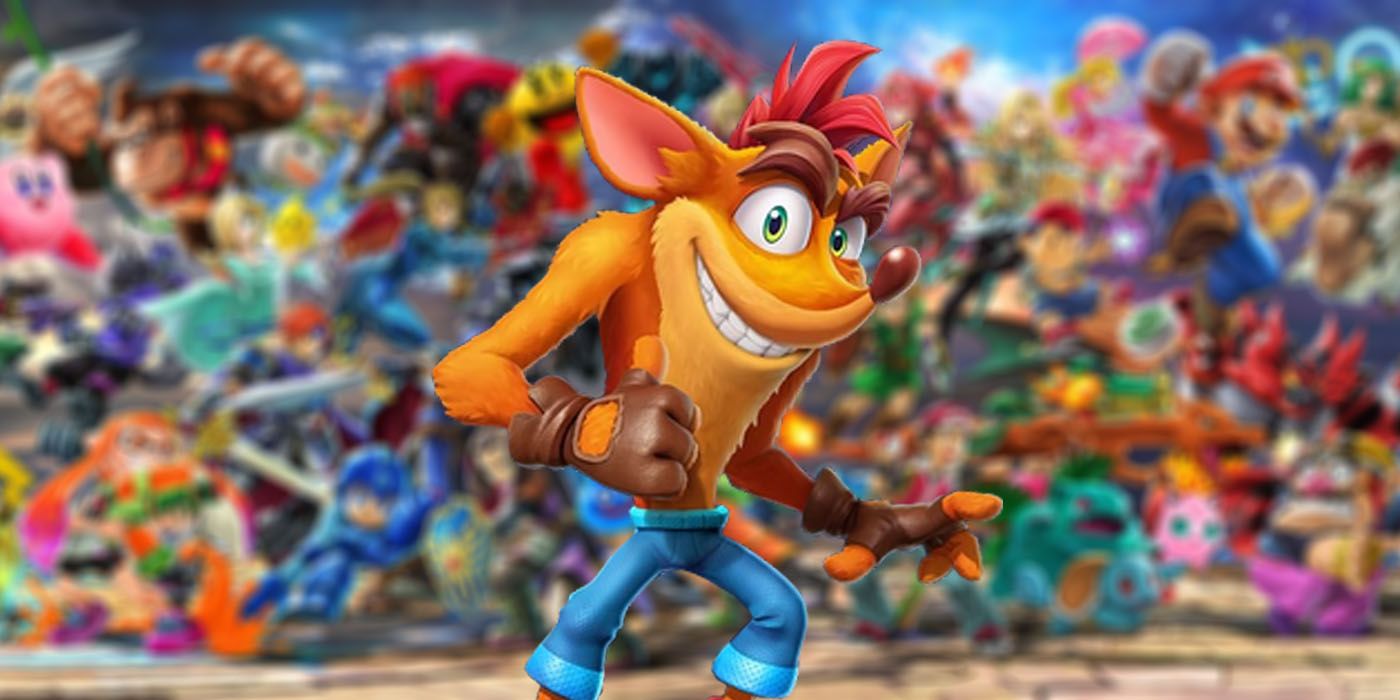 Crash Bandicoot remains one of the most-requested DLC newcomers for Super Smash Bros Ultimate and even one of the devs admits it would be the ‘dream’.

One of the producers behind Crash Bandicoot 4 has admitted that the possibility of seeing the original PlayStation mascot join the roster of Super Smash Bros Ultimate would be a dream come true. With two more DLC characters still arriving up until the end of 2021, Crash Bandicoot has remained one of the most desired additions for Smash Bros Ultimate. Of course, it’s been pretty much impossible to determine who will be added to the fray next.

Other popular characters that the community would like to see added include Halo‘s Master Chief and Kingdom Hearts‘ Sora, both of which would make a huge splash if they were to ever happen. Truth be told, it would be great to get a few more gaming icons added to Nintendo’s all-star fight title next, so hopes are riding high on what could be the final two DLC characters added to the game’s already expansive cast.

Related: Why a Third Fighter’s Pass Make So Much Sense for Smash

The chatter and demand to have Crash Bandicoot appear in Smash Bros Ultimate are at the forefront of speculation. So much so that it recently led to the possibility of him joining the fray being brought up in an interview between Nintendo Life and Creative Producer Lou Studdert at Crash Bandicoot 4: It’s About Time developer Toys For Bob. When asked if it was possible that fans would finally get to have their 90s-flavored Mario vs Sonic vs Crash showdown, Studdert admitted that he’d love to see it happen.

“We all dream of that day, don’t we?! If I had any influence, I sure would love to see that as well but it’s something out of my hands entirely!”

Admittedly, this response from Studdert doesn’t do much to either confirm or deny Crash’s addition to Smash Bros Ultimate. It’s great to see that there is mutual interest in seeing the crossover realized from key members of the team that have worked on the Crash Bandicoot series, but ultimately that’s a licensing deal for Nintendo and Activision to work out – if it’s even something either party wants. Plus, with Toys For Bob shifting its attention to Call of Duty: Warzone and away from Crash Bandicoot, it’s not certain what the future looks like for the beloved marsupial.

It feels like anything is possible with Smash Bros DLC, especially with the likes of Microsoft’s Steve and Banjo-Kazooie occupying spots on the roster. While gamers are less likely to see a Sony-owned character join the crossover, getting Crash Bandicoot as DLC would be a great way to represent that era of gaming without having to get the rival console manufacturer’s blessing. And with former PlayStation icons like Snake, Cloud, and Sephiroth already present in Super Smash Bros Ultimate, Crash would be the cherry on top that delivers on the “Everyone Is Here” tagline.

I’ve been writing about video games for over nine years, and as a result I’ve apparently been able to trick people into believing I’m knowledgeable in the field. I enjoy a good rum & Diet Coke, hockey, wrasslin’, gaming, and pretty much anything stereotypical Canadians do.